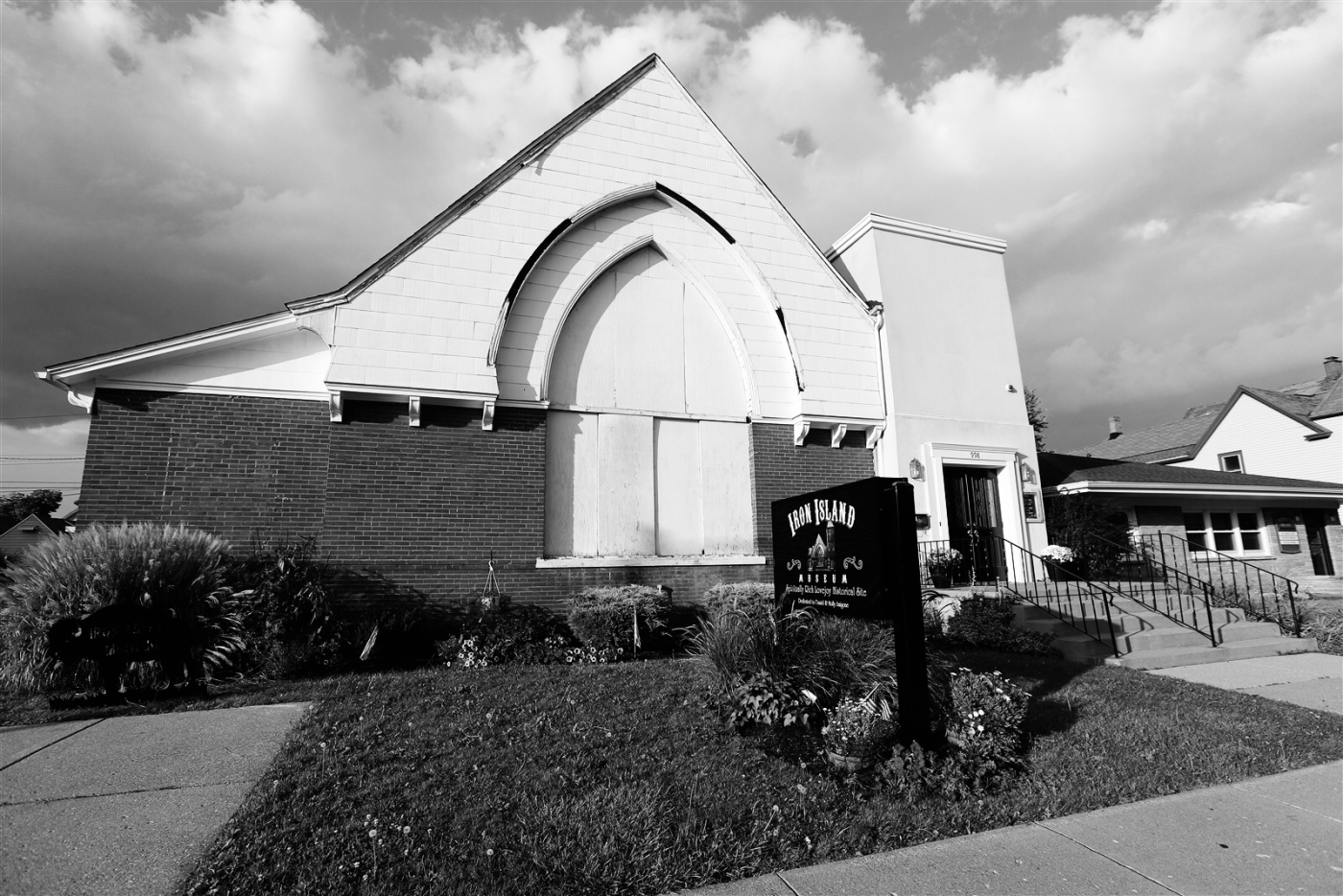 One of Buffalo’s most haunted locations was where I hosted my very first ghost hunt… and it was a night to remember!

The fact that it’s been over four months since my first public ghost hunting event is a bit shameful–why has it taken me so long to share my evidence? After all, I’m obsessed with evidence review (particularly EVPs) so you can be darn sure I went through everything within a week. But then Covid-19 came to town, and everything was thrown out of whack.

I still may be in quarantine, but it’s finally time to share my findings from the gloriously haunted Iron Island Museum.

Now for those of you unfamiliar with Buffalo’s #1 hot spot for ghost hunting, you can learn all about it in my article Iron Island: 10 Things You Need to Know Before You Visit. You should also know that Iron Island has a very special place in my spooky heart. Over the last year, I’ve become friends with the owner, put in an escape room for a fundraiser, and have not stopped singing their praises since. If you want a place that is not only insanely haunted but also friendly, you have to book an overnight at the museum.

It seemed like a no-brainer to host my first public ghost hunting event there.

With the help of Linda as well as Scott and Deidre of Soul’s Gate Paranormal, we were able to open the doors of Iron Island to a group of 30 brave souls. Some had been to the museum so many times, it feels like home to them. Others were about to experience their first ghost hunting event. There were jitters (from first-timers and myself), a book signing, a Q&A, and pizza (thanks, Linda!) before we finally set out into the unknown to communicate with the spirits of Iron Island Museum.

Check out the EVPs and spirit box sessions below and let me know what you think! As always:  I highlight what I hear in white so I don’t contaminate what you might be hearing. After you listen to the recording, feel free to highlight the blotted out words that I thought I heard and let’s see how they compare! As always, it’s best to listen to some of these with headphones. 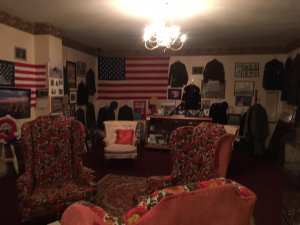 A huge portion of Iron Island Museum is dedicated to local veterans (some of whom were waked out of the building when it was a funeral home). It’s a hot spot of activity (most recently a touch-activated lamp has been turning on and off on its own).

At the start of the ghost hunt, we conducted a series of burst EVP sessions. These are short question and answers sessions where you ask 3-5 questions and then listen back immediately. Sometimes you don’t get anything… and sometimes you do.

While asking about what day we were at Iron Island (Leap Day), we captured an EVP. It occurs just after you hear Scott clear his throat and it sounds like “Save us.” What do you hear?

After our burst EVP session, Soul’s Gate Paranormal busted out their portal. Now, I have a love/hate relationship with portals. I think they’re absolutely fascinating and I’m in the process of building my own, but why do they have to sound SO FREAKY?! Anyway, while we were still in the Military Room, Deidre asked if the spirits could wish me a happy birthday as it was my 30th birthday the following day. It’s sometimes difficult to tell with portals but it sounds like a spirit began to sing, “Happy Birthday to you.” It’s a bit disjointed but maybe you can hear it!

The portal session continued in the Military Room with one of Scott’s favorite things to ask the spirits. He asks, “I want you to say the word ‘pumpkin.'” It sounds like two spirits are attempting to say it when a third one says it perfectly. You can hear Mama Spook-Eats gasp at the end. Do you hear what we heard?

It was at this time that we broke off into smaller groups to investigate the rest of the building. I took my SB-7 (also known as the spirit box) and about seven other people to the Railroad Room/Children’s Room.

Now the SB-7 is a controversial piece of equipment. In theory, it sweeps various radio waves, staying on them for a fraction of a second before moving onto the next one. The idea is that spirits can use this white noise to answer questions.

I’m personally a huge fan of the Estes Method where one person sits with headphones in, listening to the sweeping radio stations, either blindfolded or in the dark. The remaining investigators ask questions and see if any answers come through the SB-7. I like this experiment because there’s very little room for anyone to sway an answer. The trouble with dowsing rods, pendulums, and Ouija boards is that you can hear the question so it’s easier to manipulate an answer (whether you realize you’re doing it or not). That is no longer an issue with the Estes Method.

So we had one guest give the Estes Method a go. For about 10 minutes we asked questions in the Chapel as well as the smaller room in the back with the ladder leading up to the attic (where some people see the Night Watchman). Sadly, we had no luck. When he handed the SB-7 over to his husband (who is sensitive), things got a bit more interesting!

We began communicating with a spirit through the SB-7, asking a series of questions. You can hear the listener, Mike, as he answers the questions. Keep in mind that Mike CANNOT hear us or see us and has no idea what we are saying.

Going off of the idea that we were communicating with a deceased soldier, we tried to figure out which war the spirit fought in. It was a bit of a one-sided conversation at first but it ends with two very specific answers:

Continuing our conversation with the spirit of a veteran, we got this amazing conversation going through Mike. The answers are direct and specific. What do you make of this interaction? Clearly, it was too much for Mike because by the end he sighs, “I can’t do this anymore.” This has been my best spirit box session to date!

Basements are always a popular spot when it comes to creep factor and even investigating. While we were down in the museum’s basement, I broke out my new toy, the Alice Box. Similar to an Ovilus, there is a collection of over 10,000 words in the Alice program. The idea is that you can ask questions and words will appear on the screen. The science behind this is still questionable, but I like using this in a group setting on a computer since it’s a nice visual and it gets the whole group talking.

We weren’t getting too many meaningful answers, but at one point, when I said it was time to go, it said STAY and MOMENT. So we decided to stay downstairs for a few more minutes. Eventually, CHRIS appeared on the screen and I reacted (rather loudly… so you might want to turn your volume down):

Iron Island is one of those special places and it seemed like a no-brainer to choose it as the location of my very first public ghost hunt. Many people had personal experiences such as being touched in the basement (including myself) and the Military Room. As I continue to grow in Spook-Eats, I’m able to play with more and more toys to communicate and also let others communicate with spirits. After all, that is what Spook-Eats is about: to bring the paranormal to the masses!

My next public ghost hunt will be at the Ghostlight Theatre in North Tonawanda. It’s already a sold-out event, but I’m sure there will be plenty more opportunities for us to ghost hunt together… once Covid has been taken care of and it is safe once more.