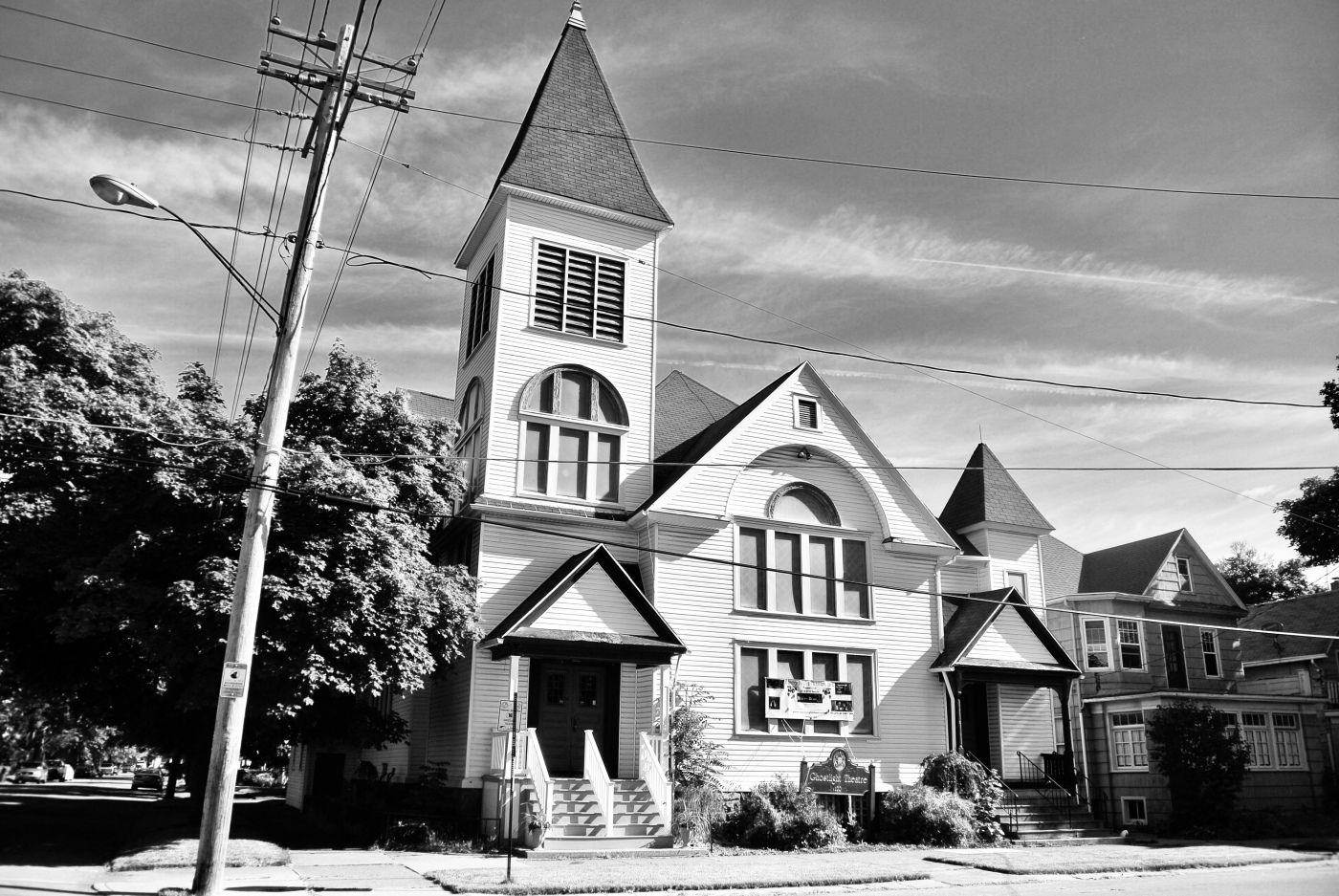 Could the spirits of the dead be yearning for the limelight?

The Ghostlight Theatre was not always the home of Starry Night Theatre, Inc. Up until 2001, it was the home of the Evangelical Friedens Church of North Tonawanda. According to legend, the cornerstone was laid on a dark and stormy Halloween night in 1889. The church was a part of the North Tonawanda community, standing tall on the corners of Schenck and Vandervoort for over 110 years until the building was given to L. Don Swartz and it was renamed as the Ghostlight Theatre.

Since Starry Night Theatre, Inc. moved into the old church, volunteers both on stage and off have reported unusual and unexplained activity all throughout the building. From the “Early America” room in the basement to the costume room on the second floor, in the prop room backstage, and up in the balcony, every inch of the place is crawling with paranormal claims.

The most haunted place in the entire theatre is the infamous spiral staircase. It’s here that EVPs have been captured saying people’s names, the sound of phantom footsteps have been heard, and most who venture up the stairs share a feeling of uneasiness.

Both intelligent and residual haunts can be found at the Ghostlight as well as The Lady in Red and several former members of the theatre company.

Learn more about the Ghostlight Theatre in our Haunted Atlas of Western New York coming Fall 2019.