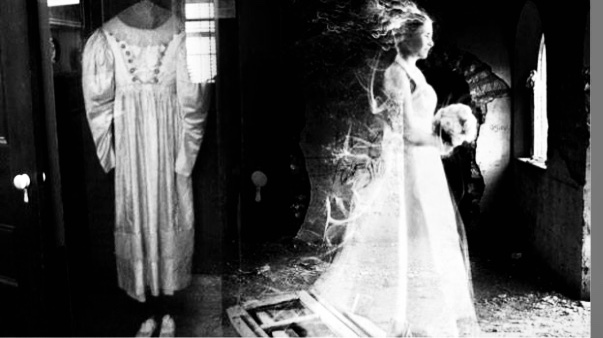 The small town of Altoona, PA, was once home to the Baker family and today the Baker Mansion is home to one of the most haunted objects in the world.

According to legend, the patriarch of the family, Elias Baker, was a domineering man who ruled his family with an iron fist. When his daughter, Anna, bought a wedding dress to marry the young man she had fallen for, her father refused. In retaliation, Anna swore to never marry, and instead, would wear the dress and dance around alone every night before bed. Several claims say she slowly lost her mind over the years.

Today, the haunted dress is safely in the Baker Mansion but seems to have absorbed the heartache and bitterness no doubt felt by Anna. The house is supposedly haunted by multiple members of the Baker family, but it is Anna (and subsequently, her dress) that is the most active.

According to claims, the dress doesn’t just move on its own, it has been seen shaking violently and rocks back and forth (almost as if it is dancing). The activity spikes around (big shocker) Halloween. It’s been known to cause hallucinations and make people see the apparition of a young woman dancing around the mansion.

If you ever find yourself in Altoona, be sure to stop by the Baker Mansion. Despite the fact that Anna’s dress is no longer on display due to preservation concerns, the opulent rooms and incredible furnishings are enough to get any history nerd excited. Throw in a haunted dress and claims of a disgruntled would-be bride, and you’ve got a hauntingly beautiful home nestled comfortably in small-town America.