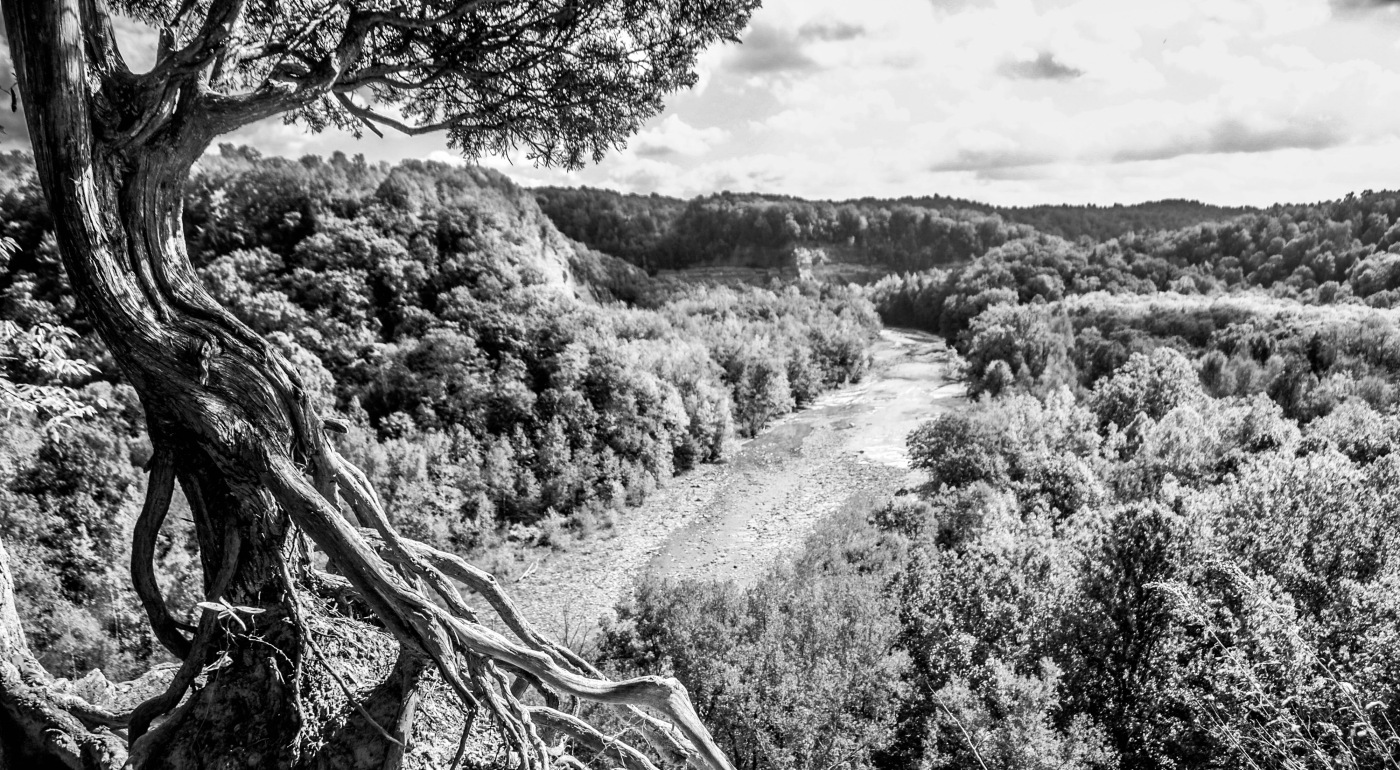 Welcome to perhaps the most haunted hiking trail in all of New York State.

Zoar Valley is an enigma when it comes to haunted places throughout Western New York. When you try to research paranormal claims, you won’t find much aside from the universal belief that Zoar Valley is haunted. This claim is not unfounded. The state park has a reputation and has an unusually high death toll with six confirmed deaths in the last 15 years, including Simon P. Griffis, the son of Griffis Sculpture Park founder, Larry Griffis, in 2010.

Despite the lack of concrete evidence, Zoar Valley is still considered to be one of the most haunted places in Western New York, and it always has been. Algonquians initially inhabited the area during the Stone Age, and they left behind evidence of their time in the valley in immense burial mounds, some of them dating back 3500 years. Inside these mounds, archaeologists found spearheads, stone tools, and according to legend, nine-foot-tall skeletons. There is no evidence that these skeletons were found in Zoar Valley, but tales of similar giants are scattered throughout Western New York. Once the Algonquians left, the Seneca moved in, and stories of witches and wizards and a haunting continued through the centuries until European settlers arrived in the 19th Century.

The most famous story coming from Zoar Valley is the Clawfoot People. According to the history of the Clawfoot People, an English prostitute settled in the area, but she was unknowingly infected with syphilis and passed on a genetic abnormality to all of her male offspring. Over the decades, the deformity spread as the family continued to grow, and soon the Clawfoot People were shunned by the people of the town, leading to psychological impacts on the family. In the 1920s, the family wanted to put an end to their tragic line and decided not to have any more children. One by one, they died off, and today, no one remains of the Clawfoot People, a tragic tale that has no doubt left an impact on Zoar Valley.

Today, the valley acts as a state forest and is a favorite place among hikers, kayakers, and fishermen, but with an increased number of visitors to the area, means that more hikers go missing when they venture off the paths and remain in the forest after dark. One story of lost hikers managed to have a happy ending, with everyone found safe and sound. When the group of hikers was rescued, they informed the police that they had gotten lost and began following another group of hikers in the hopes of asking for directions, but before they could ever catch up with them, the mystery hikers disappeared. Could it be that the spirits of those lost to the valley continue to wander along the trails, leading hikers to safety?

Learn more about Zoar Valley and other haunted hiking trails in the Haunted Atlas of Western New York, out now!