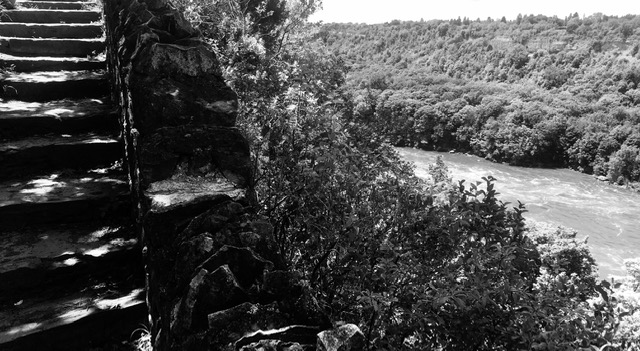 There are two types of people from Western New York: those who love Devil’s Hole and those who hate it. Of course, Devil’s Hole State Park is breathtakingly beautiful with 42 acres of trails that overlook the lower Niagara Gorge and offers access to the Lower Whirlpool rapids, but something is unnerving about the park. Some think that the bloody history of Devil’s Hole is to blame, others believe that the land is cursed. 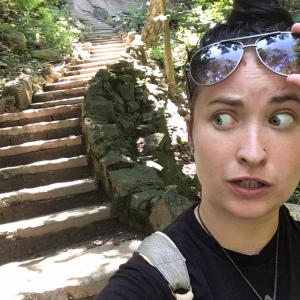 The reputation of Devil’s Hole dates back to the days before European settlers arrived. According to Native American legends and lore, an evil spirit haunts the caves, especially the Devil’s Den. Many people report sensing a dark aura inside that cave, and some have even witnessed the remnants of animal sacrifice and black magic rituals.

The infamy of Devil’s Hole was engraved in the history of Western New York when, in 1763, eighty British soldiers were killed and scalped by a tribe of Native Americans. This ambush would become known as the Devil’s Hole Massacre, and many believe that the spirits of those soldiers still haunt their bloody final resting place.

Disembodied voices, full-bodied apparitions, and unexplained sounds have all been reported over the centuries, making Devil’s Hole a unique place that tourists gravitate towards. The most famous visitor, learned quickly that the curse of Devil’s Hole State Park was no joke: President McKinley. While visiting Buffalo during the Pan-American Exposition in 1901, McKinley visited Devil’s Hole just hours before he was assassinated in the Temple of Music by Leon Czolgosz. And he isn’t the only one who met an untimely demise after daring to step foot in the Devil’s Hole. There have been countless murders, suicides, and simple accidents along the 410 steps leading down to the gorge below.

It’s always safe to bring a buddy while you’re hiking. At Devil’s Hole State Park, it’s no exception. You’ll need a companion for one of two reasons: to offer you a bit of bravery if/when you cross paths with a scalped 18th Century spirit, stumble into an animal sacrifice, or if you just need someone to help you climb back up those awful stairs.

Devil’s Hole State Park is located on the American side of the Niagara River next to Whirlpool State Park. Parking is available off of Robert Moses Parkway, and there is no fee to enter. The hiking trail is only approximately 2 ½ miles long but is considered difficult and is not handicapped accessible. The park is open year-round with some parts of the trail closed during the winter months. It’s always safest to visit with enough daylight to get back out, and the park closes at the ever specific time of “dusk.”

Learn more about Devil’s Hole State Park and other haunted hiking trails in the Haunted Atlas of Western New York, out now!