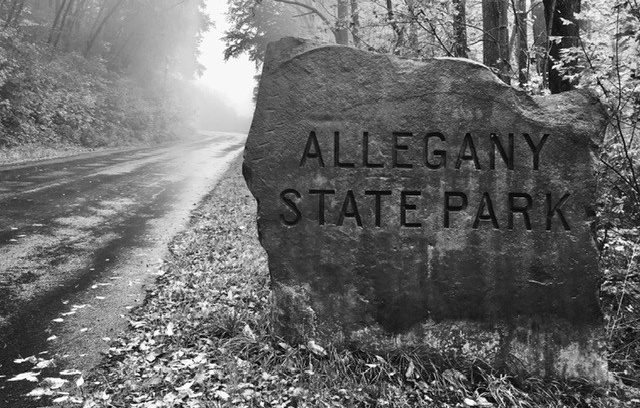 Many grew up there… but did you know that Allegany has always been thought to be haunted? 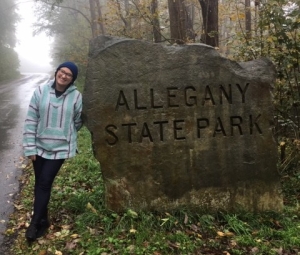 The “wilderness playground of Western New York” was dedicated in 1921, although it had been home to the Iroquois with their tales of the Great Snake of the Allegany and even giants buried in the earth for centuries.

Since the state park was established almost 100 years ago, the legends and lore have been forgotten by guests hiking, fishing, and camping in the Red House and Quaker Run areas. But in recent years, more and more people have come forward with their own spooky tales revolving around the hiking trails and cabins that you can rent yourself.

Near Cabin No. 2 at Stony Cabin Trail in the Quaker Run section of the park, multiple people have reported seeing a little girl playing all by herself. When they approach her to ask where her parents are, she vanishes. 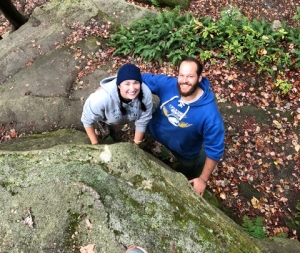 The ever-popular Thunder Rocks are home to a woman in a 1800s white dress and bonnet, seen most often by hunters and hikers.

One of the most famous apparitions is the “flannel man.” Since the 1980s, he’s been spotted multiple times and is always described in the same way: a tall, thin man with a beard, jeans, and (of course) a flannel shirt. Most often, he is seen in the field across from the Quaker rental office. He’s also been spotted on the road leading to Quaker Lake, as well as ASP3 near Science Lake, and Quaker Run Creek near Group Camp No. 5. No one knows who the flannel man is, but it doesn’t seem like he’s going anywhere. 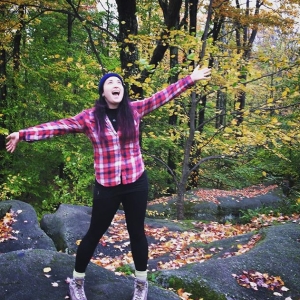 But perhaps the strangest place in the park is the Witch’s Walk, also known as Ga’hai to the Seneca. For those brave enough to venture to the Witch’s Walk, it is located along the Alleghany River between Bay State and Route 280 as you head into the Quaker Run section of the state park. The reports range from the mundane to the bizarre: people feeling uneasy to spotting creatures that look half human, half animal. Mysterious orbs of light can be seen on the mountaintop, and many have reported hearing the sound of drums that grow louder the higher up the mountain you venture. According to legend, it was once home to witches and is even the supposed sight of Confederate treasure.

Learn more about Allegany State Park and other haunted hiking trails in the Haunted Atlas of Western New York, out now!